Many would be forgiven for thinking that women’s football/soccer is a relatively new phenomenon.  However, according to groundbreaking research conducted for the “First Ladies of Football” exhibition at the Scottish Football Museum in Glasgow, Europe’s first recorded women’s football game was played in Scotland in 1629. Europe’s first international was played in 1881–Scotland 3 – England 1–and the first black player, Carrie Boustead, was recorded in 1896. 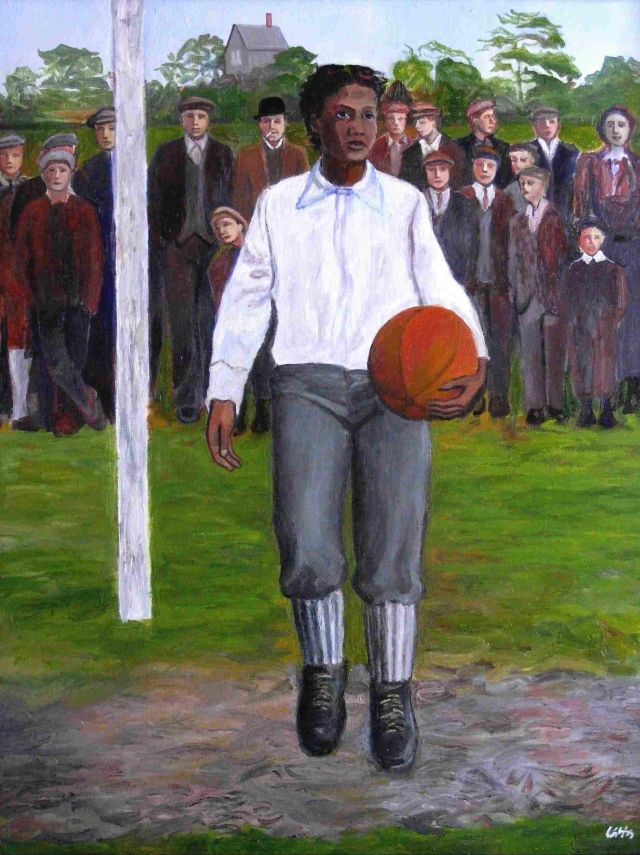 These are just a few of the remarkable facts uncovered by artist and exhibition creator Stuart Gibbs. Much of the research is new material. So much so, the creators were adding new information up to the launch. “There were so many of them, so thick and fast,” said Gibbs of the surprises he found doing the research. “It’s unusual that you can pick up a subject and then rewrite it,” he said.

Exhibition visitors may also be surprised to find out about a Scot who scored in and won a World Cup final, and won the French and Italian club championships in the same season.

Rose Reilly, one of the Scottish football pioneers honored in the exhibition, was born in Scotland but was forced to move abroad to achieve her dream of playing football professionally. After gaining dual citizenship, she won the 1984 World Cup with Italy and scored in the final. One season she played professionally for Lecce, in Southern Italy, each Saturday, then caught a plane to France to make her Sunday match for her Reims team. Both teams won their league championship.

The exhibition, timed to coincide with the Olympic women’s games being held in Glasgow, includes a series of portraits of key moments in the development of the Scottish women’s game in the ’70s and ’80s. It features Rose’s story and those of many other heroes of the game in Scotland who often had to battle against the male-dominated football establishment and social pressures to get a chance to play the game they love.